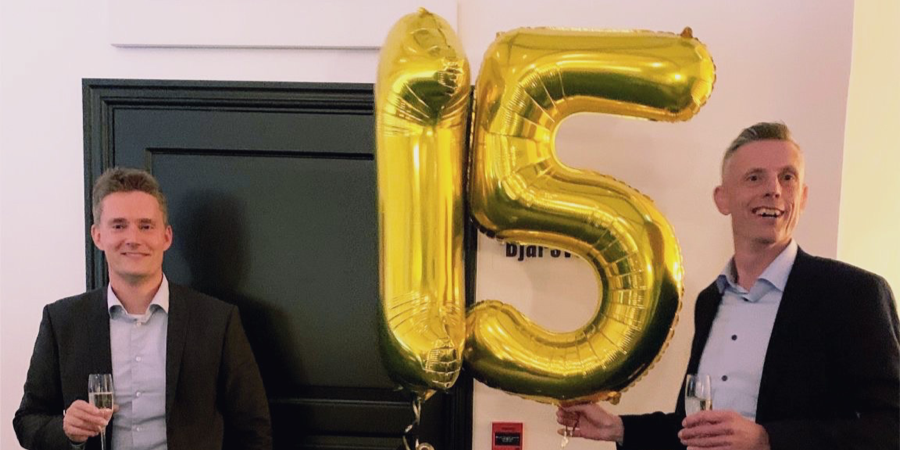 15 years is a very long time in cybersecurity. The iPhone did not exist when link22 started. The internet has exploded in the last 20 years. In 2004, 1 million people were on myspace. Today over 2 billion people are on facebook. The market has grown faster than anyone could have predicted.

The technology has changed as well. In the year 2000, 740 million people had cell phones. Today, there are more cell phones than humans. And most importantly, the cell phones are connected. So are factories, power plants, governments, law firms, shops, vacuum cleaners, buildings, cars, glasses, hospitals… almost everything is enabled and exposed by an internet connection.

link22 has grown in this situation, something that indicates that the company has a strategy that works in a world of change. One of the founders, Conny, answered a few questions on the topic:

What is the biggest difference between cybersecurity today versus when you started 15 years ago?

Cybersecurity has gone from a last minute add-on to something that is considered early in the process. It was a maybe and now it is a must, both for providers and users.

How do you think cybersecurity will differ in 15 years versus today?
Cybersecurity is changing faster than ever and it is top of mind. Despite that, many are behind. Big and small actors are poorly protected and vulnerable. At the same time nations and big corporations are investing heavily, as they many times should.

The threats are not going away, but in fifteen years they will be a commonality, something expected rather than feared. Cybersecurity will be just as natural as a lock, alarm and a smoke alarm.

How have you managed to stay motivated 15 years in a row?
I am in this for the journey, I enjoy the ride. To build something from scratch, add value to customers and hopefully a meaningful job to over 20 people makes me proud and motivated to keep going. The fact that we grow organically is also important to me, since it means we have been adding real value from day one.

Why do you think the company has been motivated and productive for the last 15 years?
I think we have been lucky in that our idea about delivering solutions rather than hours has been well received by the market. We realized the importance of delivering products that meet legal requirements and that have been very popular amongst our customers. The shift from a consultancy company to a product company that we started in 2014 has been crucial. To see our customers satisfied is really rewarding, maybe that is our northern star.

The future is always uncertain, the only thing we know is that it will change. To keep up, we constantly have to evolve and adapt. Ironically our history indicates that we will thrive in an ever changing world. We look forward to continue to deliver security without comprise.